Life at the Shop 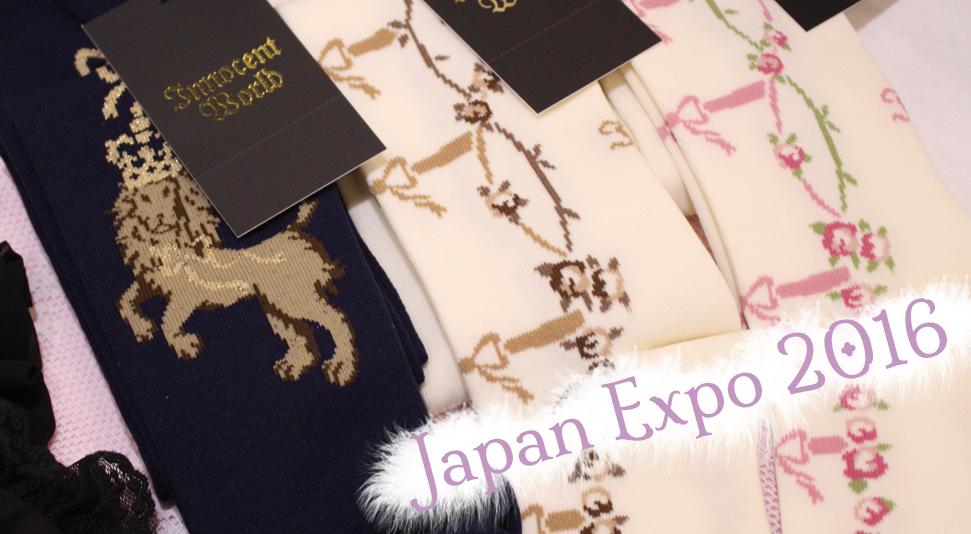 Our biggest and boldest event was about to start. Traveling to Paris has been easier this year and our booth was totally set up. Let us take your with us in the whirlwind world of Japan Expo.

The alarm goes off at 7:00 and it’s time to get ready for our first day of Japan Expo. Whilst getting ready I also have many thoughts running trough my mind. Will people like our booth? Will they like our assortment? Aah, I can be so insecure at the start of an event ^^ My parents would stroll around Paris looking for antiques for my mom’s shop and we headed off to the venue.
As a vendor you enter trough another entrance, where they scan your tickets and you get wristbands. With this I can easily walk outside the venue, get some extra stock from the van and get back inside. Or just some fresh air when it’s getting too hot inside teehee. Before we knew it the venue was getting busier and busier and we were in full action! In between I asked customers if they wanted to get their picture taken, but we’ll make a seperate post about that as well.

Around 5 o’clock the venue is beginning to get less crowded, and around 6.30 all the visitors are asked to leave the venue again. Time for us to restock the booth, tidy up everything and close the booth. When we came outside the sun was still shining bright and that intense summer feeling was creeping upon me ^^

The next day was mostly the same as Thursday. Friday is usually evenly crowded, but since I didn’t walk around Japan Expo yesterday I decided to go for a stroll today. As every year, there is just so much to see.
The venue is split up into two main halls and each hall holds several different area’s. My favourite one’s are those with traditional Japanese culture and of course, Japanese pop culture! 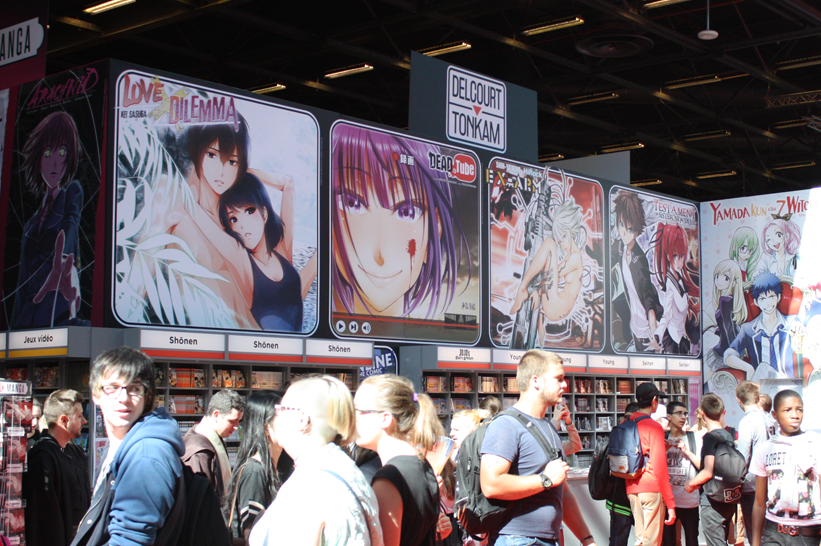 On Saturday my parents visited Japan Expo as well. It was the second time my mom was there, and the first time for my dad. And they we’re once again quite overwhelmed with how busy and crowded it was! Thanks to my parents I could also walk around a bit with Ruben and explore the event a bit more. Although, we didn’t stay away for long since Saturday is always the busiest day of the weekend, so I felt uneasy being away from the booth too long ^^
In the afternoon my parents started chatting with our kind neighbors across the path, they had lot’s of gorgeous hand painted geisha and samurai themed artwork. Even though we don’t speak French well and they didn’t understand English that well, we did get along well. She was talking a bit with my mom and handed her two sheets of paper. Turned out she had been drawing our booth yesterday, and boy, does it look pretty and spot on! I put both of them in frames the day I came home for Paris and you can see them in real life in the shop if you’re curious.

This year there was once again a big booth from NHK and Kawaii International. There was a inflatable Domo-kun and a super cute table with lot’s of craft materials. Turned out that Sebastian Masuda was there to promote his ‘Time after Time Capsule’ project. Participants can write down a message for the future, and in 2020 all these messages and cute gifts will come together at the Olympics in Tokyo, Japan. 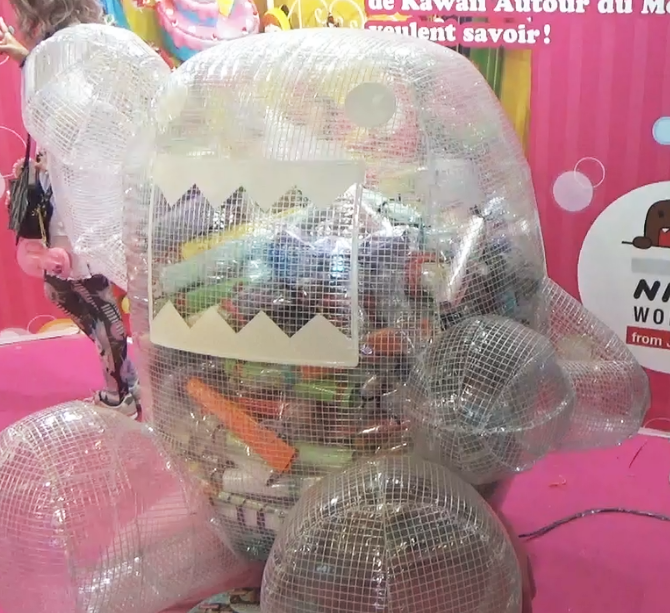 Before we knew it we we’re already walking towards the venue again for our last day. Sunday is a bit more layed back then the days before, with lot’s of families visiting. Ruben and I felt that it was hitting a bit on us (although with a few cups of coffee we were still unstoppable). At the same time I don’t want it to end yet, being there, breathing in the atmosphere and seeing so much people dressed different and still having the same passionate love for Japan.
Aah, let’s not get too sentimentel teehee.

In the afternoon I went once again to the Kawaii International booth, were I accidentally met up with Marlessa, a very sweet girl from Russia and the mermaid maiden herself, Vief! I then took the time to make my own message for the ‘Time after Time Capsule’ and put it in the Domo-kun. After this I was asked by the chief of NHK to shoot a few pictures and short video for them. I was even more surprised when he asked me to come back in a bit for a small interview with Sebastian Masuda. That’s something I couldn’t refuse! I personally think he is an example for kawaii culture around the world and a very kind and accessible person at the same time.
Before we knew it, together with Merlessa whom I’ve met earlier and a few other girls we we’re guided to the press rooms of the venue. Man, that was quite a walk and I hoped that I could find the way back ^^

The chief of NHK also asked if I wanted to know a bit more about having your own business, I nodded, ofcourse! I asked Sebastian how it was to run your business and what was his biggest lesson.We had to wait a little bit for the interview to begin, but it turned out we had to ask the questions ourselves. All the gears in my mind sprung to work to come up with questions. Time was also running out a little bit on my side, it was already past 5 o’clock and I knew that the breaking down of the event would start soon. I didn’t want to leave Ruben alone too long ^^’. When they asked who wanted to go first, I volunteered (a bit out of my character, but I was thinking about my shining knight in armor defending the booth out there). It was quite exciting and comfortable at the same time. I could ask my question in English, Sebastian would respond in Japanese and the staff would help translate. I first asked a few questions about the ‘Time after Time Capsule’ and of course if it would come to The Netherlands as well. He couldn’t guarantee it yet, since there were many countries asking, but he did like the idea. 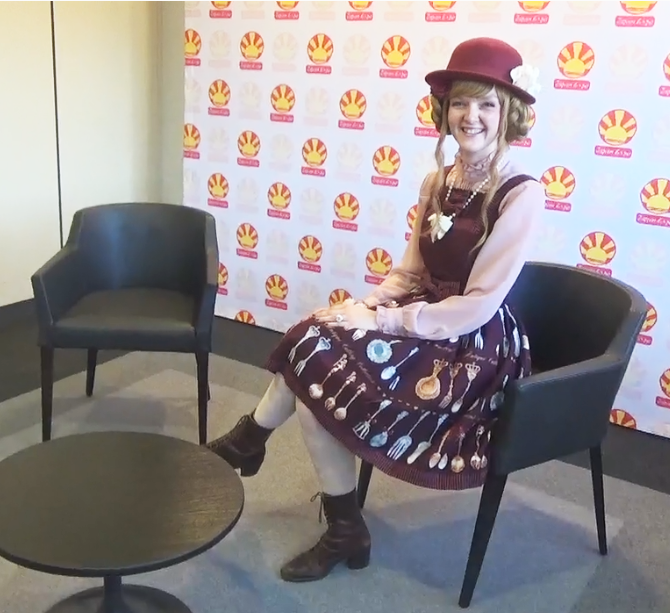 He then answered by saying that you need to keep believing in your own idea’s and hang on to those. Even if others don’t approve or don’t like it, be sure to keep on going. He then added that it took a while for him too to let his company grow, and once again, just keep on going.
For me this was a answer that I still carry with me very strongly, even though it might sound simple. I started creating my designs with my own idea’s in mind and sometimes I get a little stuck. Will people like it? What if it too different? What if nobody will buy it? But I know, deep inside, if I create the things I love to create, others must love them too right?!

I thanked Sebastian and the kind staff of NHK and dashed off back to my booth. (Oh, and I indeed walked in the wrong direction at first). Ruben had already started with packing the first small things and we teamed up. If I may say so, we luckily had far less to pack on the way back ^^ Soon my parents joined us as well and before we knew it everything was packed in our pretty green van again.

Japan Expo, you have been one hell of a fun weekend, thank you all! 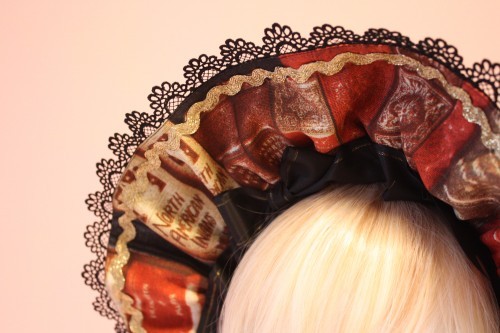 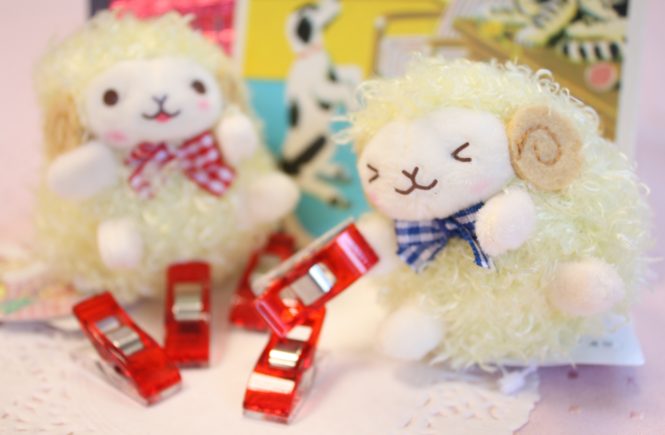 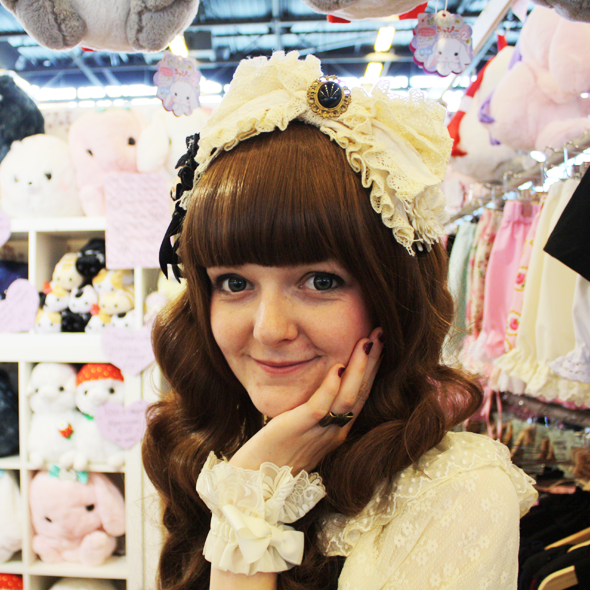 Hi there!
Lovely that you stopped by to have a sneak peek behind Summer Tales Boutique.
We love to show you the various aspects of wearing Lolita and having a creative business at the same time.